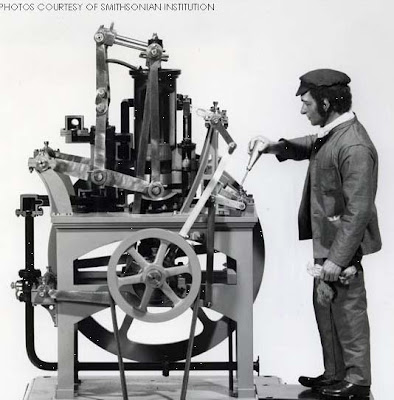 The U.S. Patent Office once required inventors to submit working models with each patent application. Several models, including this 1838 gas engine, were transferred to the Smithsonian Institution. While on staff at the Smithsonian in the 1950s, George Stuart created seven maquettes representing portraits of the inventors with their inventions to indicate scale of their machinery models. A few years later he launched a career of modeling Historical Figures®.
Gallery of Historical Figures George Stuart inventions inventors maquette miniatures models portrait sculpture Smithsonian